What we do > Performing Arts 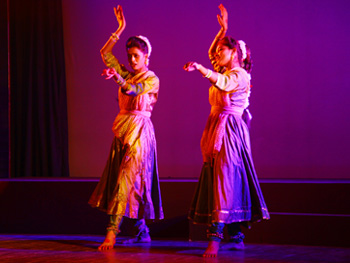 Through the experience of performing arts, SBT has successfully instilled this sense of self-confidence and dignity, which is otherwise amiss in the lives of these children. Believing in the latent talent of every child, performing arts are used as the springboard to enable the journey of reflection, expression, and empowerment.